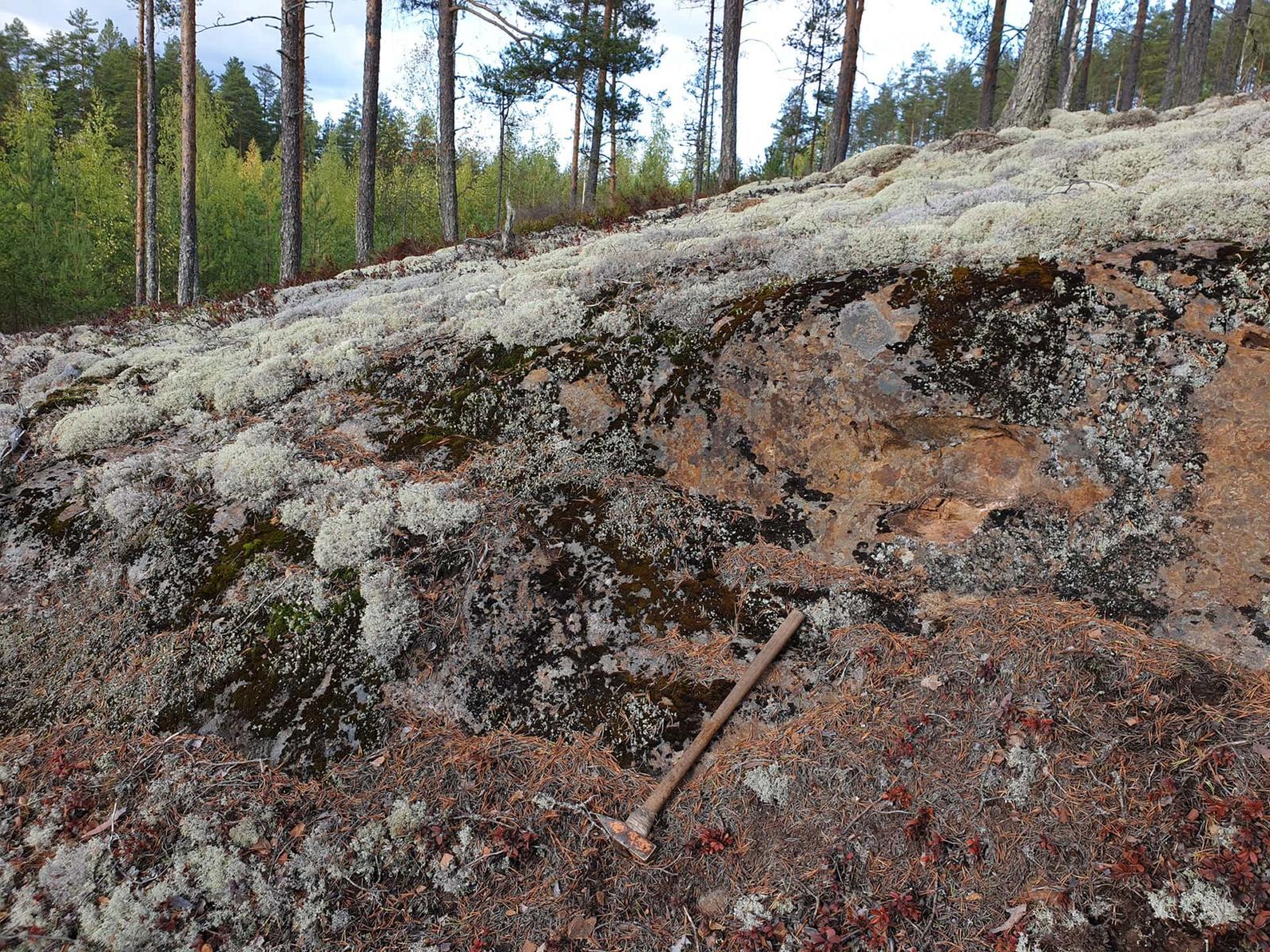 Outokumpu-type deposits occur in Pohjois Savo in the Kaavi region, where both copper ore and nickel-cobalt ore are associated within Outokumpu assemblage. Copper ore was mined from the Luikonlahti deposit during 1958-1983 (around 7 Mt @ 1.0 % Cu, 0.1 % Co, 0.5 % Zn, 0.1 % Ni) and nickel ore has been discovered in the Kokka area (A ore around 1.9 Mt @ 0.35 %, B ore around 0.57 Mt @ 0.57 % Ni). An essential part of the Outokumpu assemblage also includes extensive serpentinite formations with large, low-grade nickel-cobalt deposits.

Archaean komatiites occur in eastern Finland, in the Nurmes-Lieksa-Kuhmo region, hosting also nickel deposits like Tainiovaara in Lieksa. Some Ni-rich boulders (glacial erratics) have been found in the past, still without the known bedrock source, pointing out the nickel potential of the area. Another economically interested formation, potential for Ni-Cu-Co and PGEs + Au, is the Kuohatti layered intrusion (located in the SW part of the reservation area in Fig. 1). It was studied with bedrock mapping, lithogeochemistry, geophysics and some drilling by the Geological Survey of Finland during 2000’s and 2010’s.

Suomen Malmitutkimus Oy has made in the area in September 2021 a reservation notification, named Kuohatti-Näätä (Fig. 1).

Several nickel-bearing mafic-ultramafic intrusions occur in southern Juva and surrounding areas. One small deposit was mined during 1970, the Kitula deposit in Puumala.The bedrock is characterized by a granulite facies metamorphism postdating the mafic magmatism. Metamorphism has changed the primary mineralogy and fabric of the intrusive mafic-ultramafic rocks so that they were not identified until the late 1970s. The largest intrusion bodies, later identified and mapped are around four kilometres in length. The nickel deposits of Enonkoski, gold deposits of Rantasalmi and copper deposits of Virtasalmi are found some 40-60 km north of the southern Juva area (Fig. 1).

Suomen Malmitutkimus Oy completed during 2020-2021 data compilation, new interpretations and a 3D model of the Niinimäki deposit (more at the news site).