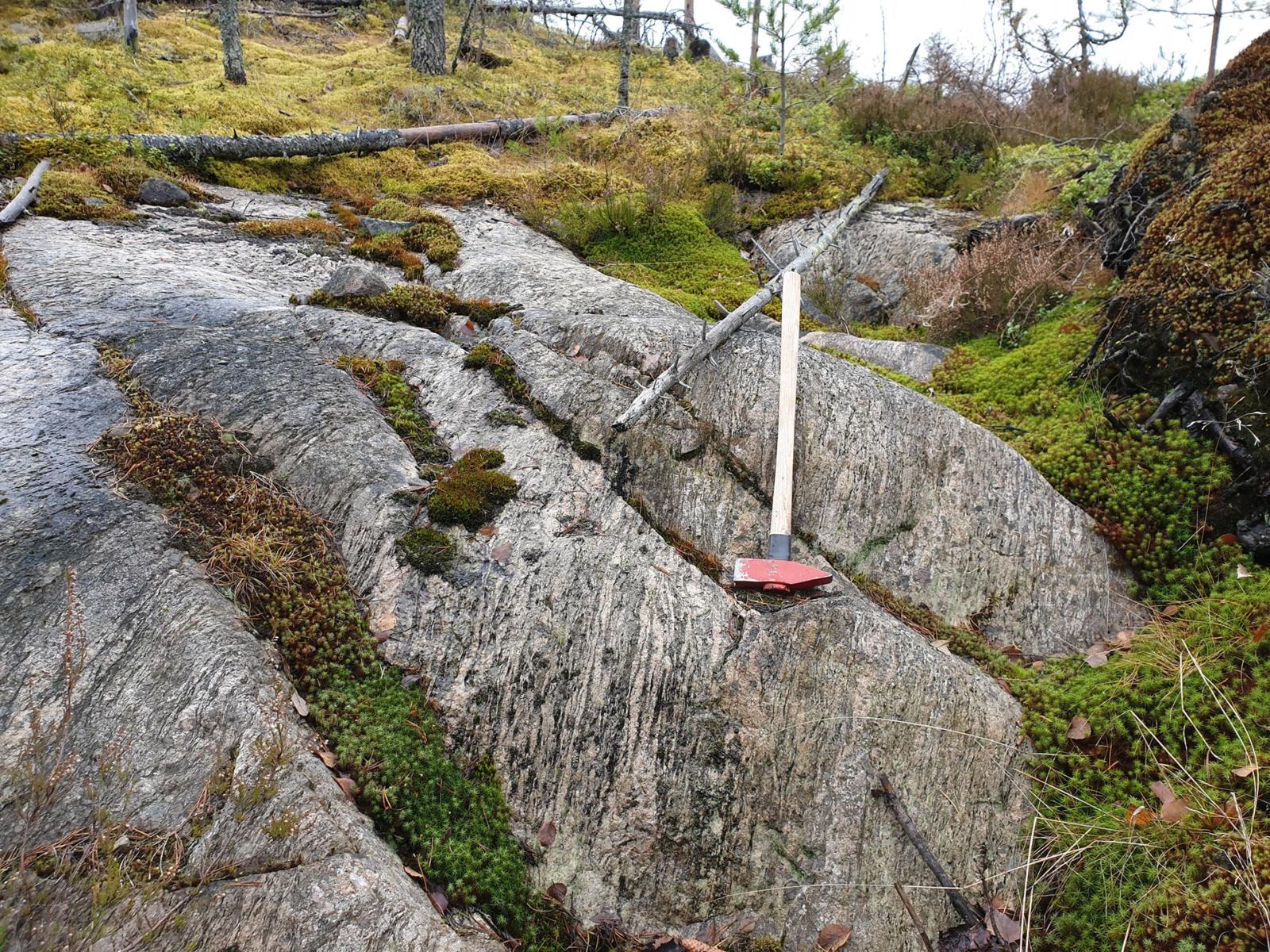 During the summer of 2020, in the Puumala, Sulkava and Juva areas, outcrops were mapped in or near the regional airborne EM anomalies. Grab samples by hammer were taken from outcrops containing graphite. The aim was to obtain samples representative of the average graphite content in the outcrop. The samples were subjected to chemical analysis in two different laboratories, ALS Finland Oy and Eurofins Labtium Oy. Part of the samples were assayed for both graphitic and total carbon. Polished thin sections were prepared for microscopic studies, both from rock slices cut perpendicular and parallel to the main schistosity of the rock.

The host rock for the disseminated graphite occurrences is a garnet-cordierite gneiss. The most common main minerals are quartz, plagioclase, garnet, cordierite and biotite, in places also orthopyroxene and potassium feldspar. Pyrrhotite is the dominating sulphide mineral.

The graphitic carbon contents of the chemically analysed samples remained quite low, at highest slightly below 3 %. The samples do not contain carbonate so the difference between the graphitic carbon and total carbon contents is minimal. The sulphur contents of the samples are low, usually less than 1 %. However, this is since pyrrhotite in the bedrock samples is in many places partially oxidized and sulphur is dissolved away.

Based on GEM-2 measurements, the EM anomalies are located next to the observed outcrops. It is therefore possible that there are higher concentrations of graphite next to the outcrops, under the soil. The samples, measured for the petrophysical parameters, show high galvanic and inductive resistance. Sampling from outside of the outcrops would require drilling or excavation.

Based on preliminary microscopic studies, the quality of graphite is good. The length of the graphite flakes is about 1 mm in many places and up to 3 mm in some places. Impurities are minor. Below a few micro-graphs of graphite.

Graphite samples are still subjected to chemical analyses and laboratory tests. Some places will be mapped and sampled in the field during the summer of 2021.